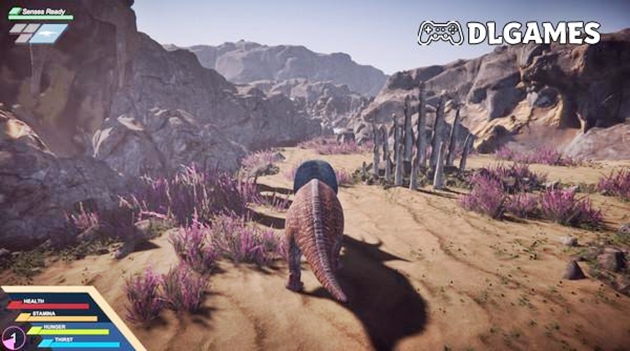 Dinosaurs Prehistoric Survivors is a single-player game that includes several game modes such as the Survivor Mode, the Arcade mode, and the Free Roam Mode.
The Survivor Mode is a mode designed for players who prefer a more challenging gameplay experience. The Survivor mode puts the player’s ability to survive as a dinosaur to the test in various treacherous regions where players must navigate through environmental hazards and sometimes fight to obtain resources. Aside from staying a brutal environment, the player is also given an objective, and that is to defeat a guardian that resides within each region. Defeating a guardian marks the completion of an area. Unlike other modes that feature dinosaurs from cretaceous North America, the Survivor Mode features dinosaurs from cretaceous Asia.
The Arcade Mode is a mode designed for players who prefer simulation-type gameplay. Players would live the life of a dinosaur from juvenile to adult in a dynamically populated open-world environment. The world in the Arcade Mode changes as the player grows, creatures will migrate or go extinct, corpses will decay over time, creature behavior varies based on available resources and competition, and all of these dynamic elements are designed to give players unique challenges that would test their ability to adapt to the ever-changing world.
The Free Roam Mode is designed for players who prefer a more serene and hassle-free gameplay experience where the player can choose to play as a dinosaur without the worry of missions and objectives.
Dinosaurs Prehistoric Survivors lets players choose from a selection of more than 25 dinosaur species, from the feeble Parkosaurus to the mighty Tyrannosaurus, ranging from multiple game modes.
Dinosaurs Prehistoric Survivors brings a variety of environments for players to explore and experience. These environments include dense forests, swamps and wetlands, beaches, rocky mountains, volcanic regions, and underwater environments.
* Play as a dinosaur
* More than 25 dinosaur species
* Multiple game modes
* Missions and objectives
* Boss fights
* Multiple environments 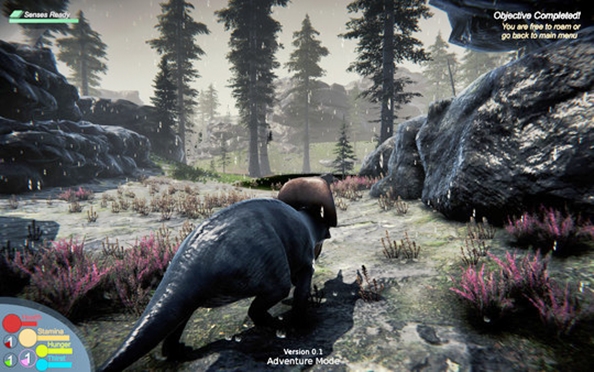 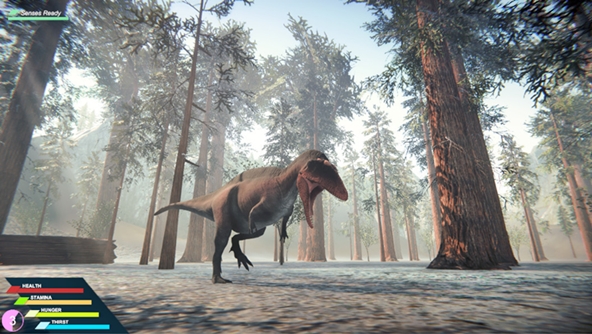 Click on the below button to start Dinosaurs Prehistoric Survivors DOGE. It is full and complete game. Just download and start playing it. We have provided direct link full setup of the game.